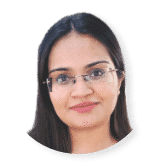 The United Kingdom is Europe’s biggest territory, consisting of four nations (England, Wales, Scotland, and Northern Ireland) as well as a slew of small islands.

Furthermore, Britain is one of the most influential countries in the world, owing to its significant contributions to the global economy. As a result, it is a magnificent country rich with tradition and memories, with diverse cultures.As a result, it is a great nation rich with tradition and memories, with British civilisation’s cultures and practises among the most fascinating customs for foreign tourists and travellers.This has undeniably influenced its institutional activities and helped to develop its academies as a global standard of competence, leadership, and dominance.

When it comes to higher education, students have a lot of choices when it comes to selecting a college or university. Although there are organisations that aim to rate colleges and universities, the definition of “fit” is still crucial. The GPA of accepted students is significant, but so are the majors available, the venue, the number of students enrolled, and the campus culture.Some colleges and universities are subsidised by the government, while others are supported by private donors.Common courses for Indian students in the UK include sociology and social sciences, law, business administration, computer science, and communications/media.

You would be as secure as a student in the UK as you are at home. When you arrive at your campus, you will be met by a slew of other students who will provide you with all of the knowledge you need. The country is multicultural, and you can easily make friends from all over the world.

Also a foreign student must open a bank account in the United Kingdom, they require a letter from their institution for this. This letter will be sent to you during the induction and registration activities at the institution. All foreign students in the United Kingdom must enrol with a local doctor. During the induction and enrollment events, the college will assist you with this.

Also to help you grow holistically, you will have complete access to the university’s various clubs and societies. Throughout your time at the institution, you will be invited to social functions. City walks, ice hockey, ten-pin bowling, and trips to other UK cities are common events.

As a student, you will be as safe in the UK as you are at home. When you get to your college there will be loads of other students who will give you all the information you need about the place. You will find that the country is multicultural and you will soon have friends from all over the world.

It is difficult to predict the weather in the UK as it keeps on changing everyday. In general, people experience warmth in summers and snowfall in winters in the UK. But summers are anyway cooler than that of India.